Syrian citizens, picking up the unifying idea of the Immortal Regiment

On the holiday dedicated to the anniversary of the liberation of Aleppo, Syrian citizens, picking up the unifying idea of the Immortal Regiment, came out with photographs of their relatives who died in this war.
As a sign of respect and gratitude were carried and photos of the Russians killed in Syria. (Photo 1) 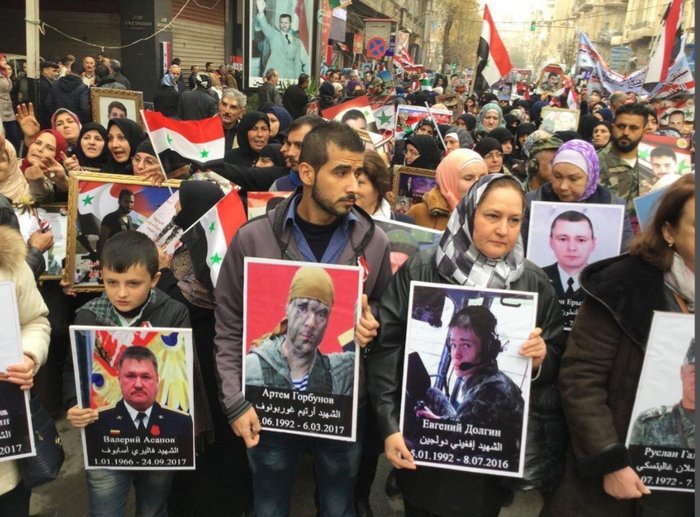 On one of the posters, along with Magomed Nurbagandov, was depicted a killed soldier Yahya Adian al-Shugri, who before his death informed the ISIS wish of his people: to wipe the ISIS into powder. (Photo 2) 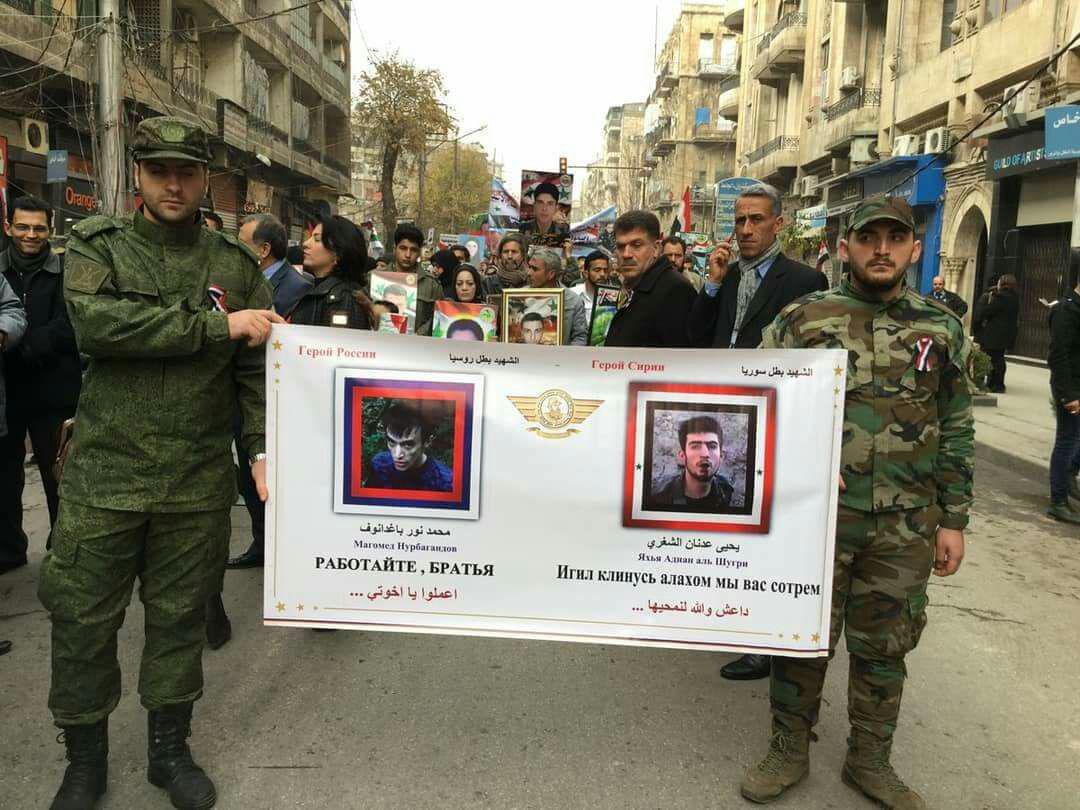 On the same way it happens: the killer comes to the hero, but no longer the person approaches, directing the machine gun - but the creature possessed by Death and the hero looks only to Death in person.
He can cry like a child - it's a shame to die, as an Iraqi policeman, killed the other day by the ISIS in Dayala;
can laugh, as an unknown young man laughed, shot by Kurds as an ISIS man, it seems, in Mosul, in the fever of battle;
can gloomily and fearlessly look Death in the eye and turn away, as did the unknown wounded Syrian soldier, sitting among the murdered comrades - and without one patron! - during the storming Syrian base by ISIS (it seems, in Menge);
and can throw the Summoning of Death. How are these two guys.
The word, the ability to speak, is a purely social phenomenon. Like the realization of God.
And when a person begins to speak, he is perceived as a delegate of his Folk.
When someone is unrestrained, or yells, well, for example: "Russian should be hang on the trees" - we perceive this as a rule, which follows the whole SPECIFIC society, a specific people.
Therefore I would like to speak seldom - yes, aptly. And to throw ahead of gold affairs - golden words.